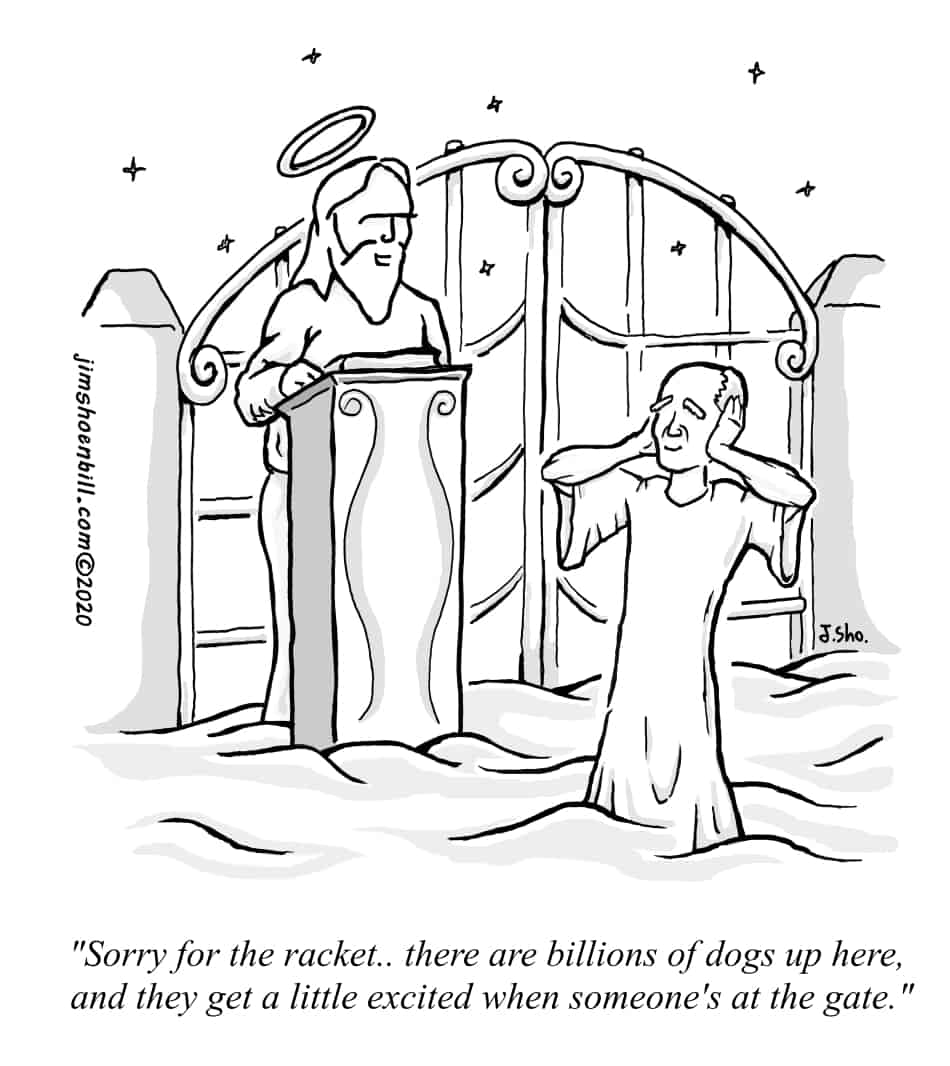 This cartoon has an interesting story. The image started as the background for a totally different cartoon.  I had the little idea for the caption in my sketchbook but I wasn’t sure if it was any good… it wasn’t exactly traditionally “funny”.  Anyway, when it occurred to me that all I needed to do was draw the guy in front and reuse the old background I thought ‘hey, that won’t take too long’, so I completed it.

Lo and behold, it seems to have become one of my most popular cartoons. It hit #1 on reddit comics for awhile, with 11,000 upvotes; I have never had that happen before.  Some people have even told me that it brought a tear to their eye and helped them grieve a lost pet. Wow. Thanks.